Noida: The second edition of Global Fashion & Design Week is scheduled for 12th to 14thApril, 2018 at Marwah Studios, Noida Film City for the people to participate from fashion schools, fashion designers, fashion lovers and professionals from the industry.

The renowned international media personality Sandeep Marwah has been nominated as the President of the festival consisting of not only fashion shows but design exhibitions, workshops, seminars, talks, book releases etc. In total 21 different events have been planned for this great grand show.

We, under the fashion and design week have planned a powerful summit in association with Ministry of External Affairs and Ministry of Skill Development and Entrepreneurship, Government of India on Skill Development in Fashion And Design Industry. We have invited delegates from all over the World to talk about fashion and design which will be curtain raiser for the fashion week,” said Sandeep Marwah President Marwah Studios.

“The Global Summit on fashion and design is first of its kind in the country. It will bring India on the World map of fashion and also as leader in design industry,” added Marwah.

Wed Mar 21 , 2018
New Delhi: A Hungarian musical recital was organized at Hungarian Embassy on the visit of visiting Minister from Hungary to develop and promote Indo Hungarian Relations. “What a pleasure to be part this beautiful evening when the who’s who of art lovers from New Delhi have gathered together to appreciate […] 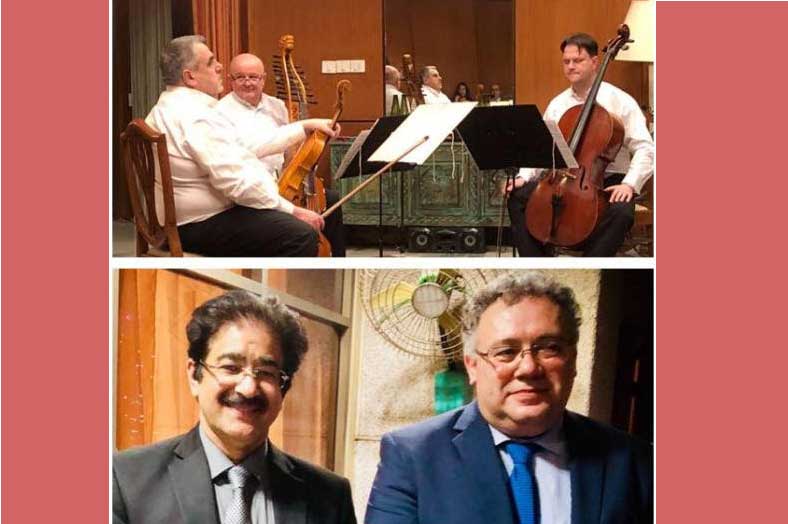