Noida: International Chamber of Media And Entertainment Industry in association with BRICS International Forum organized a summit to discuss and execute the plan of action at a grass route level at Marwah Studios Noida Film City.

Four major countries including Russia, Brazil, South Africa and India participated in the conferences. One of the major agenda was to work at students level and exchange of culture. In context to that first Indo Russian Film And Cultural Forum was launched in the presence of august audience. The Parliamentarians and delegates, with great pride, nominated Sandeep Marwah as the honorary Chairperson of the forum.

“We are part of the history when Indo Russian Film And Cultural Forum is being launched. I must suggest that sports should also be part of the same,” said Tatyana Romanovna Lebedeva an Olympics Gold Medalist and member of Senate from Russia.

“The strength is in the unity; we all together can do wonders under the leadership of Marwah. Lets support him to work for two nations,” said Gregory V. Petushkov Chairman of the Association of Public Associations, National Council of Youth And Children’s Association of Russia.

Immediately after the formation Sandeep Marwah announced students Exchange Programs, Faculty Exchange Programs, A film Festival of Films from Russia, A scholarship for the deserving student from Russia, joint ventures as far as short films are concerned and promised to highlight the visits of important people from Russia. “ We are ready now to work for this forum and as per our commitment we will take Russian Embassy in New Delhi in our confidence,” said Sandeep Marwah.

Wed Mar 14 , 2018
Noida: The first professional studio of North India completed its 27thyears of existence at Noida Film City and celebrated the event with great pomp and show. “It was just like yesterday I remember a crowd of more than 7000 people outside the wall and around 1500 guests at film city […] 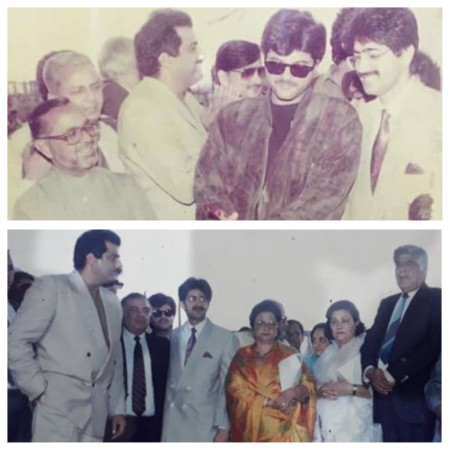