Noida: Large number of international organizations have joined hands with the 11th edition of International Festival of Cellphone Cinema to be held in the month of January,2018 at Marwah Studios, Noida Film City.

“Indeed IFCPC has become a global festival. This is the first ever festival in the World to screen films made by mobile phones,” said Sandeep Marwah President of the festival. Asian Academy of Film And Television and ICMEI will manage the event.

Thu Jan 18 , 2018
New Delhi: Newspapers Association of India celebrated its silver jubilee with great pomp and show at the convention hall of NDMC at New Delhi. The event started with the powerful speech by Sandeep Marwah patron of the organization and followed by the introduction and report of works by the General […] 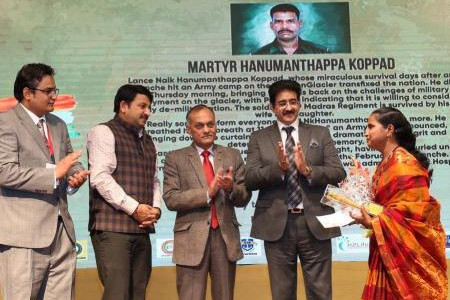