Noida: The Peace Minister of newly formed country Principality Monte de Agrella Kaushalaya visited Asian Academy of Film And Television at Noida Film City to discuss and plan an association with this new country in the field of media and entertainment industry.

“Marwah Studios and Asian Academy of Film And Television are the international brands in media and entertainment industry. The whole World knows them and the people all round the Globe know its activities. We would love to join hands with them at Monte de Agrella,” said Kaushalaya Peace Minister of Principality Monte de Agrella.

Both the parties will sit together on new concepts to bring benefits to both the countries India and Principality Monte de Agrella.

Mon Jan 15 , 2018
Ras Al Khaimah: Ras al Khaimah is one of the seven emirates that make up the United Arab Emirates (UAE). The city has two main sections, Old Ras Al Khaimah and Nakheel, on either side of a creek. “Ras al-Khaimah is becoming a new destination on tourist maps. Ras al-Khaimah […] 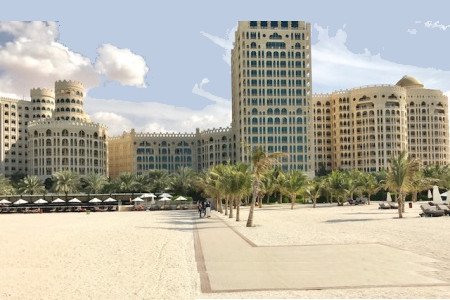