Vijay Goel Minister for State Parliamentary Affairs and Statistical Implementation Government of India handed over the award to CINTAA General Secretary Sushant Singh to be presented over to Dilip Kumar at Mumbai who could not make it because of his ill health.

Dilip Kumar is an Indian film actor, producer, screenwriter, and activist, known for his work in Hindi cinema. Also known as the Tragedy King, he is credited with bringing realism to film acting since his first film which was released in 1944 informed Ashok Tyagi Secretary General of ICMEI.

He is considered one of the greatest and most influential actors of all time. He has been described as “the ultimate method actor” by Satyajit Ray. Dilip Kumar was one of the biggest Indian movie stars, and a pioneer of method acting, predating Hollywood method actors such as Marlon Brando. 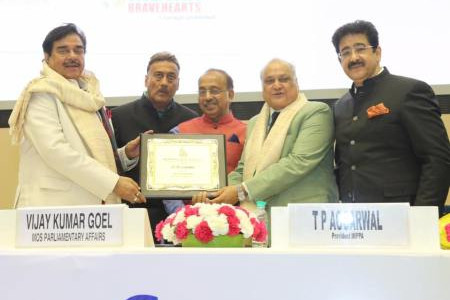