“I am pleased to be part of this festival and honored to be the awardee today. It has added a lot of enthusiasm to me and highlighted my contribution to Hindi Cinema. I am indebted to our film industry which has given me this status,” said Jackie Shroff.

Jackie Shroff is an Indian actor. He has been in the Hindi cinema industry for almost four decades and as of 2017 has appeared in more than 220 films in ten languages. 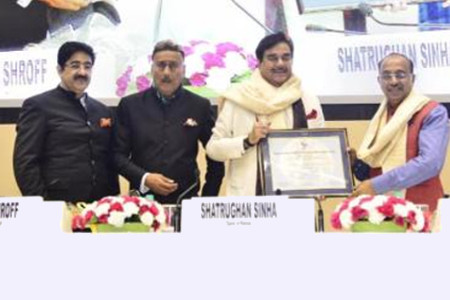