“ Never ever we have been honored or awarded like this. Today’s event has been written in the history of Hindi Cinema. A newly constituted national award must become an annual feature. Thank you Government of India for supporting the cause of Hindi Cinema. Today Hindi cinema is available in more than 100 countries of the World,” said B.N. Tewari addressing the audience.

B.N.Tewari has been the President of FWICE- Federation of Western India Cine Employees. The federation has 23 associations as partners to support Hindi cinema Samman.

Mon Dec 25 , 2017
New Delhi: ICMEI- International Chamber of Media And Entertainment Industry constituted a National Award-Hindi Cinema Samman under the leadership of renowned International media personality and six times World Record Holder Sandeep Marwah to be presented to all those who have contributed to Hindi Cinema in all these years informed Ashok […] 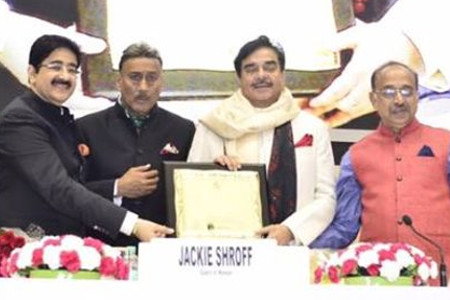