Ras Al Khaimah: “Almost one billion people live in mountain areas, and over half the human population depends on mountains for water, food and clean energy. Yet mountains are under threat from climate change, land degradation, over exploitation and natural disasters, with potentially far-reaching and devastating consequences, both for mountain communities and the rest of the world.,” said Sandeep Marwah Ambassador of International Human Rights Organization affiliated to United Nations and International Bar Association at Hotel Waldorf Astoria at Ras Al Khaimah, UAE.

Marwah gave the following statistics while talking to the press on International Mountain Day. Mountains cover around 22 percent of the earth’s land surface and are home to 13 percent of the world’s population.

Ninety percent of the world’s mountain dwellers live in developing countries, where a vast majority live below the poverty line and 1 out of 3 faces the threat of food insecurity.

Mountains provide 60 to 80 percent of the world’s freshwater without which sustainable development, that aims to eliminate poverty and hunger would not be possible.

Mountains have a key role to play in providing renewable energy, especially through hydropower, solar power, wind power and biogas.

Convocation of School of Mass Communication And Journalism of ASMS

Fri Dec 15 , 2017
Noida: Asian School of Media Studies celebrated its convocation of 2014-2017 batches of undergraduates and 2015-2017 Batches of Masters of Mass Communication and Journalism at Marwah Studios, Film City Noida. “ Students look for this colorful day in their life when they are awarded degrees for their sincere contribution and […] 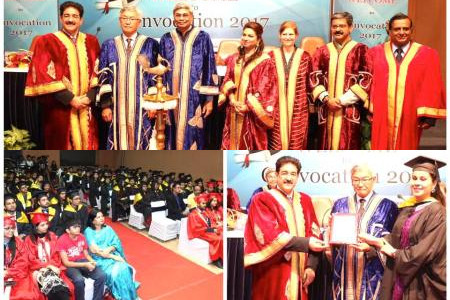