New Delhi: “I extend my heartiest congratulations to the team of feature film Fukrey especially to Mrigdeep Singh Lamba for doing so well at the box office,” said Sandeep Marwah President of Asian Academy of Film And Television while addressing the young aspirants of AAFT at Noida Film City.

Fukrey Returns is an Indian comedy film, directed by AAFT Alumnus Mrighdeep Singh Lamba, produced by Farhan Akhtar and Ritesh Sidhwani. The film is the sequel to 2013 film Fukrey. The film was released on 8 December 2017

“I am proud of my institution AAFT. Blessings of my Gurus are with me. I can never my learnings at AAFT,” said Mrigdeep Singh Lamba the director of the film.

Thu Dec 14 , 2017
New Delhi: Human Rights Day is observed every year on 10 December. It commemorates the day on which, in 1948, the United Nations General Assembly adopted the Universal Declaration of HumanRights. In 1950, the Assembly passed resolution 423 (V), inviting all States and interested organizations to observe 10 December of […] 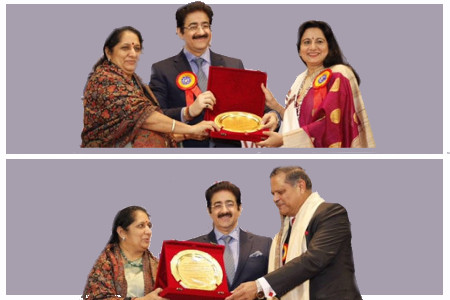