Noida: To support the Foreign Policy of Honorable Prime Minister of India of building very strong relations with all the countries of the World, ICMEI- International Chamber of Media And Entertainment Industry has created another International committee with Ghana.

“We are enthusiastic to launch a new forum and happy to add another responsibility on our shoulder. Dealing with Ghana will be a new experience. Ghana was one time the most popular cinema country in Africa, we will revive its popularity in Ghana again,” said Sandeep Marwah President of the Chamber.

Indo Ghana Film And Cultural Forum was inaugurated by H.E. Michael A N N Oquaye High Commissioner of Republic of Ghana to India in the presence of large number of film, television and media persons from all over India by lighting the ceremonial lamp at Marwah Studios, Film City Noida.

“It is written in the books of foreign affairs of Indian and Ghana history the lunching of Indo Ghana Film And Cultural Forum to promote our relations through arts and culture. We will soon sign MOU to make it official so that it can continue for all time to come,” said High Commissioner of Ghana.

“The forum will start working on the students exchange, institutional tie ups, film festivals, scholarships, joint venture of short films, workshops and seminars, allotting of time on Radio Noida, MSTV and other programs as mutually decide by the committee,” informed Ashok Tyagi Secretary General of ICMEI.

Global Peace Ambassador Sandeep Marwah was honored and nominated as the Chair for the forum by the High Commissioner of Ghana and Sandeep Marwah honored H.E. Michael Oquaye as the first Patron of the forum.

The inauguration was followed by a question answer session by the national press and students of media. Asian Academy of Film And Television & International Film And Television Club supported the event. Sushil Bharti Festival Director paid vote of thanks.

Sun Dec 10 , 2017
Hua Hin: The National Federation of Tourism And Transport Cooperatives of India Limited keeps on making reports on different tourists destinations of the World. This time Hua Hin in Thailand is the subject of discussion. Hua Hin is one of the top tourist destinations of Thailand from its great amount […] 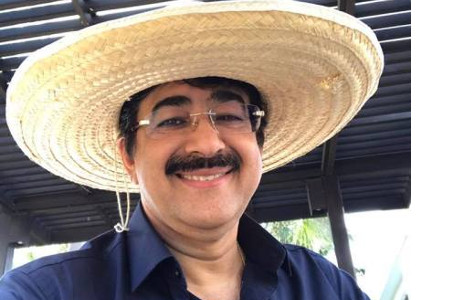