Noida: The 10th Global Film Festival saw almost footfall of 20,000 with 17 events in 11 different halls on the very first day of the festival. Delegates from all over India and abroad were busy in attending every program possible, not to miss any as every event was full of information, education and entertainment.

The entertainment program on the evening of the first day was inaugurated by Jyoti Kalash senior IAS officer now Resident Commissioner for Nagaland in Delhi. â€œI have yet to see a film festival with that kind of zest and enthusiasm. The festival has every thing, it is a sangam of all arts like cinema itself,â€ said Jyoti Kalash.

Students of Asian Academy of Film And Television and Asian School of Media Studies performed and won the hearts of audience. The program started with the artists of Sangam Kala Group. 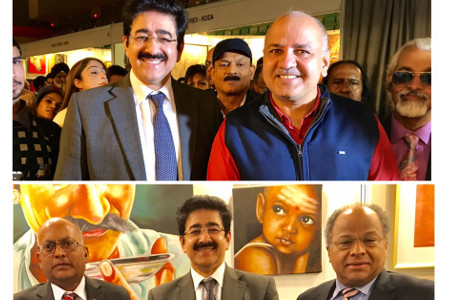