New Delhi: The most popular international film festival of North India under the title Global Film Festival Noida 2017 is ready for the public participation from 10thÂ November to 12thÂ November 2017 at Noida Film City.

â€œThe tenth edition has to be bigger than the last ones. The preparation of one year will bring wonderful results. We have grown in one year and most interesting events have been planned this time,â€ said Sandeep Marwah President of Global Film Festival Noida.

10thÂ Global Film Festival Noida has grown big. We are going to be a very different festival this time. Ample has gone into the planning and now time has come for the execution,â€ added Ashok Tyagi Festival Director.

â€œWe request you to please block your dates from 10thÂ to 12thÂ of November for an extra ordinary extravaganza of Cinema in your country,â€ said Marwah excitedly. 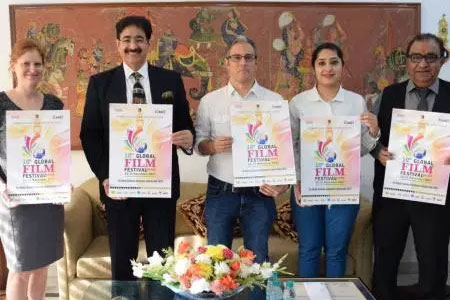