New Delhi: Sandeep Marwah renowned film and media personality and president of Marwah Studios has been taken on the board of Bharatiya Chitra Sadhana a National body created to bring in a feeling of patriotism in the youth of the country through films, television and media.

â€œThe first event we have planned in the organization is a film festival of short films in the form of animation, documentary, campus films in different genre and duration depicting a love for the country,â€ said Alok Kumar Chairman of the organization and Vice President Delhi RSS.

â€œWe will conduct a separate press conference to highlight the issues and detailed program of the festival to be conducted for three days at Srifort auditorium,â€ added J Nand Kumar Member Executive Committee RSS

â€œIt is a wonderful opportunity to provide my vast experience in organizing film festivals and to my services towards not only entertainment industry but nation building,â€ said Sandeep Marwah joining the core group.

Thu Oct 12 , 2017
New Delhi: â€œIt was one of the finest trip to Europe and my visit to two most important towns- Parag and Chesky Crumlov in Czech Republic cannot be explained, rather it is beyond words,â€ expressed Sandeep Marwah Chairman of Indo Czech Republic Film And Cultural Forum of ICMEI. Sandeep Marwah […] 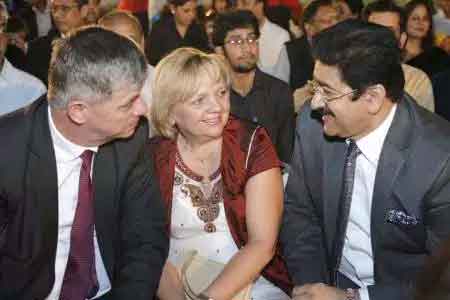