Noida: The management and administration of Marwah Studios celebrated the 71stÂ Independence day of India with great enthusiasm and zest at Noida Film City.

â€œI am proud to be Indian. My every activity leads to love, peace and unity first for the country and then for human beings. My every step is meant to take India to a better platform,â€ said Sandeep Marwah President of Marwah Studios addressing large gathering of media persons at the studios.

Not many people know hat Sandeep Marwah has been a part of Para Military Force and has spent 8 years in Delhi Home Guards. He had been adjudged as the best officer for 8 years and commanded 8 parades on different occasions. He had also participated in 26thÂ January Republic Day Parade at India Gate and 15th August Independence Celebration at Red Fort for 8 continuous years and was selected to command the Republic Day parade one time. 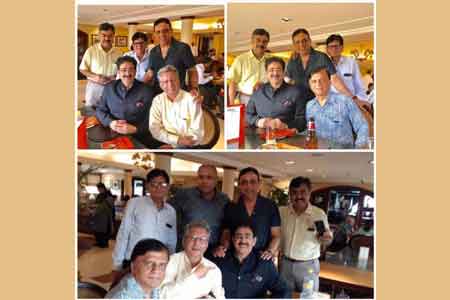