Noida: More than 100 students accepted their prestigious diploma on the 95thÂ Convocation of Asian Academy of Film And Television at Noida Film City in a program organized by Marwah Studios in association with Indian Skills Development Council.

â€œWe are now associated with Indian Skills Development Council and ISDC has approved all our courses of short term which are only meant for skill development. I am proud of my students who all have learned so well that they will not have any problem in being adopted by the industry,â€ said Sandeep Marwah President Marwah Studios.

AAFT has emerged as the best film school in this part of the World. No film institute can provide so much of education and training in such a short period of time and so cost effective. Students of AAFT are the best,â€ added Harsh Vardhan former chief engineer Doordarshan, Ministry of Information and B 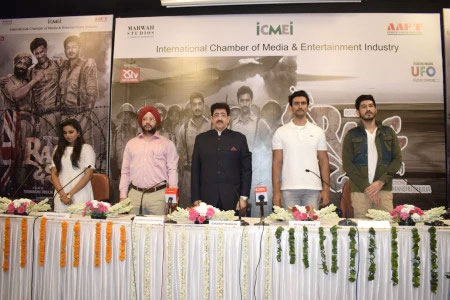