Noida: Renowned dance maestro Sanjay Yadav conducted a powerful dance workshop depicting bollywood style of dancing at Asian Academy of Film And Television for the students of Acting and Presentation.

â€œNo business is better than show business, and dancing is the best part of it. Sanjay has added a lot to the acting course and pep to the whole semester. His unique way of teaching and creative style is exclusive in the industry,â€ said Sandeep Marwah President of Marwah Studios appreciating Sanjay Yadav for his sincere and effortless dancing. Style.

â€œAsian Academy of Film And Television is my second home. I love this place because of the energy and excitement in the campus,â€ said Sanjay Yadav thanking students for cooperating him in learning well. 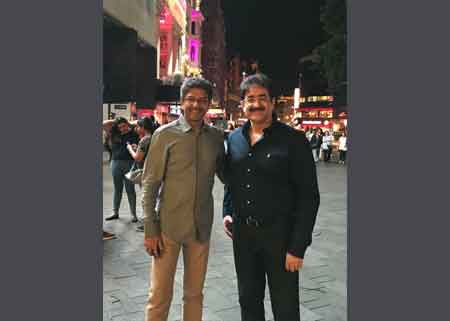