London: Sandeep Marwah had a special meeting with AVT Shankardass in London and invited him to Delhi for further talks. He has already been associated with Asian Academy of Film And Television.

Shankardass worked in theatre as a director in London and Edinburgh. After a brief transition into film directing with Praying for Pay, The Commuters and The Stepmother, he moved to film production. He joined Victory Productions, UK-based Film Finance Corporation, as Head of Motion Picture and produced The War Zone and A Fortune Teller Told Me. He also wrote and developed â€˜Saffronâ€™, â€˜A Drop of Lifeâ€™ and â€˜Noorâ€™.

Mon Jun 26 , 2017
London: National Federation of Tourism And Transport Cooperatives of India Limited will plan a study tour for the students of tourism to the city of London, United Kingdom for their training in perfect tourism. â€œThe level of tourist pouring in London from all over the World, through out the year […] 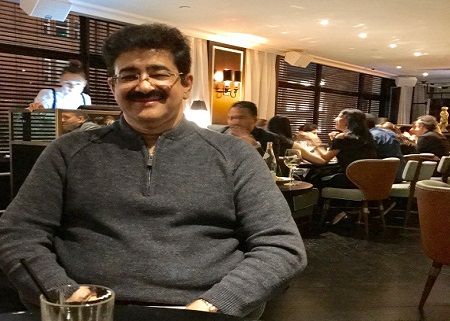