Marwah has brought more than 70 international awards to India. He has trained more than 12000 media professional, associated with 4500 television programs, 125 feature films, 5000 training films out of his studios said Hari Om Tyagi the organizer of the program.

Wed Jun 21 , 2017
New Delhi: A colorful event was designed to celebrate the national day of Republic Of The Philippines by the Embassy of Philippines in India at Bikaner House at New Delhi. Renowned media personality and five times World Record Holder Sandeep Marwah the President of Marwah Studios was the special guest […] 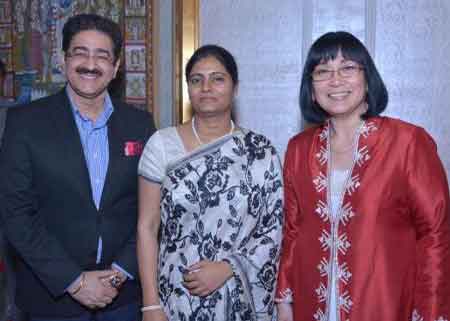