Noida: After the successful completion of three major festivals namely Global Film Festival, Global Festival of Journalism and Global Literary Festival by the Asian education Group a new property has been introduced and announced by the President Sandeep Marwah under the name and banner of Global Fashion Week.

â€œWe have very well covered Cinema and television through Global Film Festival and we are preparing for the 10th edition of the same. It has been rated as the second biggest festival after IFFI. Our journalism festival, now heading for 6th edition, is the most exclusive and one of its kind in the World,â€ said Sandeep Marwah in a general body meeting of Asian Education Group at Noida Film City.

â€œThe Global Literary Festival has already been declared as second best after one in Jaipur with its second edition, time has come to announce new property and that is going to be Global Fashion Week,â€ added Marwah.

Mon Mar 20 , 2017
Noida: Not many people in the World have been able to achieve what Sandeep Marwah of Republic of India has proved in such a short period of time. Managing 100 organizations of film, television, media, fashion, Educational, art and culture and also bodies with social issues is an interesting case […] 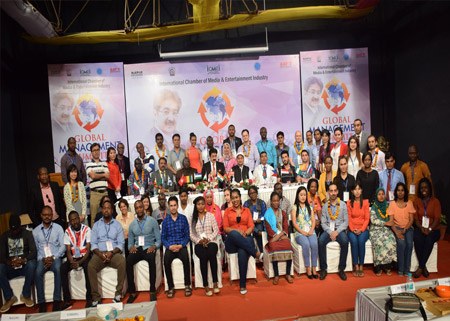