New Delhi: Indo Maldives Film And Cultural forum has been created with great pomp and show on the second day of 5th Global Festival of Journalism Noida in the presence of large audience from all over the World.

H.E. Ahmed Mohamed High Commissioner was born in Male â€™in the Maldives. He did his undergraduate and postgraduate studies at the University of Hull in the UK. He holds a Master of Science degree in Public Policy Economics and have been working for the Government of Maldives since October 1989.

Prior to joining the Foreign Service, he served the Government of Maldives for a period of 18 years as a development planner at the Ministry of Planning and National Development. From 2005 to 2007, He served as the Chairman and then from 2008 as the Chief Executive Officer of the State Trading Organization (STO) PLC, with the prime responsibility of leading the largest company in the Maldives and to ensure fuel, food security, and medical supply requirements for the country.

In February 2012, He was appointed as the Minister of Economic Development of the Government of Maldives. His last posting was from November 2013 to September 2014 as the Commissioner General of Customs of the Maldives Custom Service, before embarking on a diplomatic career as the Ambassador-at-Large at the Ministry of Foreign Affairs.

Wed Mar 15 , 2017
New Delhi: Five World Records, Promoters of Film City Noida, Founders of Asian Academy of Film And Television and the premier film studios of North India- Marwah Studios celebrated its 26th anniversary at Noida Film City on 10th March. Large numbers of events have been planned during the year to […] 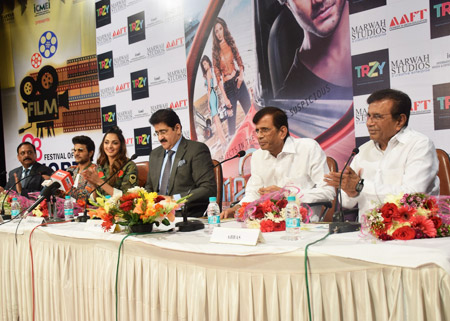