Three days cultural festival was organized by Udaan- a social and cultural organization to develop and promote a peaceful environment in educational institutions through art and culture.

The festival was inaugurated by internationally renowned Sandeep Marwah President of Marwah Studios at the campus of Jawaharlal University in Delhi In the presence of large participants from different colleges of Delhi and NCR.

â€œUdaan has already taken off well with theatre and Nukkad Nataks at National School of Drama, followed by Film workshop at AAFT- Asian Academy of Film And Television Noida and now many competitions at the same time here at JNU. The next step will be more powerful to promote art and culture.â€ said Anupam Bhatnagar President of Udaan Festival.

â€œEven if we could create a little of love, peace and unity through these art and cultural festivals, our purpose of taking so much of efforts is worth mentioning. A loving society can prosper much faster,â€ said Sandeep Marwah talking to the young artists at a jam packed auditorium at JNU.

Raipur Is Emerging As Modern City of India- Marwah 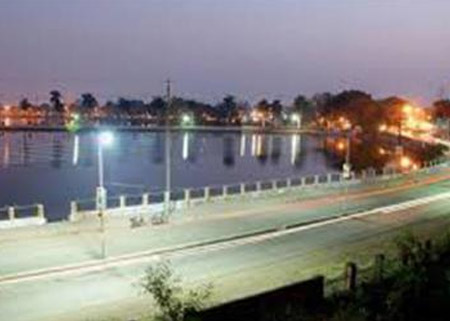