New Delhi: The 5th edition of the most exclusive festival â€“Global Festival of Journalism Noida 2017 has been planned by International Journalism Centre to built the repo between the journalists of different states of India and countries of the World.

This is the first of its kind in Asia and second in the World designed by Sandeep Marwah, a renowned media personality, six years back to mark the respect to the International Day of Journalism on 12th February.

The festival is going to see its fifth edition at Noida Film City surrounded by large number of media organizations. 17000 media professionals working in film city are anxious to be part of the show.

Mon Feb 20 , 2017
Noida: â€œThe life is nothing without emotions; the real life comes from the activities related to art and culture in the city. These events unite the community and then society in return extends love and peace,â€ said Sandeep Marwah President of Marwah Studios at the 4th Noida Greater Noida Yamuna […] 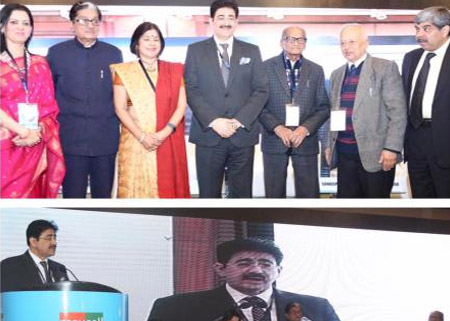