New Delhi: â€œI am proud of the people who all have done extra ordinary works and business and has transformed the cities and living conditions. It is not important what we have received from our ancestors but it is essential to think what we are going to leave for our future generation. Sandeep Marwah founder of Noida Film City is one of them,â€ said Dr. Mahesh Sharma Union Minister of State for Tourism and Ministry of Culture, Government of India at the release of Coffee Table Book-ICONS- presented by Nav Bharat Times.

Sandeep Marwah has been chairing approximately 100 national and international organizations associated with film, television, media, fashion, tourism and others .His all efforts condensed to Love, Peace And Unity through Art and Culture.

Mon Jan 2 , 2017
New Delhi; â€œIt is remarkable that festival which was started by Sandeep Marwah during my visit to India many years back has touched now 10th edition and the whole World knows about it,â€ said Prof. Karl Bardosh Master Professor with Kanbar Film School, Tisch School of Arts, New York University. […] 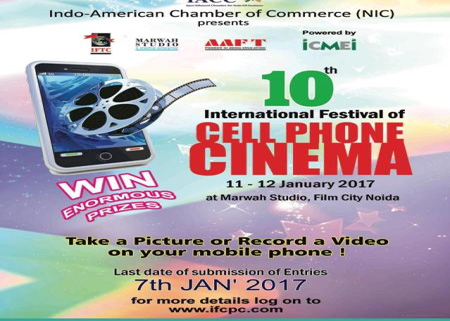