New Delhi: â€œWe are proud to be part of the Bhutanâ€™s Progress in film, television and media. More than 40 students have been part of Asian Academy of Film And Television who all have been educated and learned here with us,â€ said Sandeep Marwah President of ICMEI-International Chamber of Media And Entertainment Industry on the National Day of Bhutan.

The most popular filmmaker Karma Tshering is also from AAFT added Marwah while congratulating the Ambassador of Bhutan to India H.E. Vetsop Namgyel,

National Day in Bhutan is celebrated on December 17, it commemorates the coronation of the first Druk Gyalpo (Dragon King) of modern Bhutan. Bhutanâ€™s most significant national holiday is widely celebrated throughout the country.

Sat Dec 24 , 2016
New Delhi: Embassy of Japan celebrated the birthday of King of Japan at the Embassy campus. Jitendra Singh Minister of State for the Ministry of Development of North Eastern Region, Prime Minister Office, Personnel, Public Grievances and Pensions, Department of Atomic Energy and Department of Space was the Chief Guest.. […] 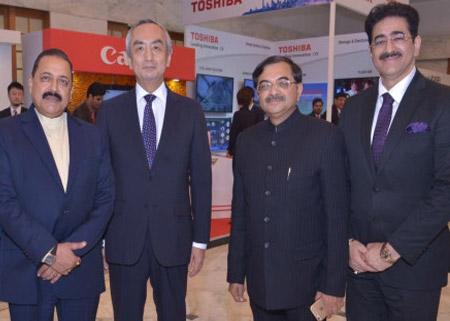