New Delhi: It is a great concept to make films with mobile phones. Ten years back Sandeep Marwah President of Marwah Studios started this new wave in the World of Cinema and also started the first ever festival of cellphone cinema way back in 2006.

Sandeep Marwah and Prof. Karl Bardosh Master Professor at Kanbar Institute of Film & Television of Tisch School of Arts at New York University together made a film at Noida and New York to fulfill their desire to make a film on mobile. The concept was later accepted by the whole World.

The 10th International Festival of Cellphone Cinema is scheduled for 11th and 12th of January 2017 and has announced various awards and prizes for the participants.

Four categories of competitions including still photos, music videos, fiction and Electronic News Gathering have been announced. Any number of entries can be sent through mail.

Sandeep Marwah has been awarded many times for his unique and innovative ideas including the most prestigious award from Kanbar Film School of New York University, USA.

A special jury has been formed of experts and filmmakers to judge the four categories of entries for the competition. The first poster of 10th IFCPC launched here at Marwah Studios by Marwah and other dignities.

Sat Dec 24 , 2016
New Delhi: â€œWe are proud to be part of the Bhutanâ€™s Progress in film, television and media. More than 40 students have been part of Asian Academy of Film And Television who all have been educated and learned here with us,â€ said Sandeep Marwah President of ICMEI-International Chamber of Media […] 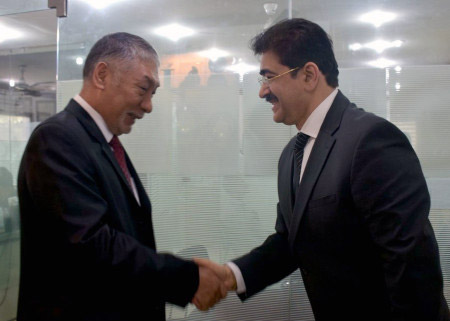