Rome: â€œThe biggest attraction in Rome is the preservation of historical monuments and its use in day to day affairs. They are the best source of income and adds huge tourism to Rome,â€ said Sandeep Marwah Managing Director of NFTC talking to the people from tourism industry at Hotel St. Regis, Rome.

National Federation of Tourism And Transport Cooperatives of India will be preparing a report on how to keep historical cities like Delhi, Agra, Jaipur, Jodhpur, Ajmer and many all over India a source of attraction for foreign and local tourist and generate tons of money.

â€œIndian monuments and historical places should be brought to an international standard of attraction. There is so much to showoff and present to foreign nationalâ€ said Sandeep Marwah

Rome today is one of the most important tourist destinations of the world, due to the incalculable immensity of its archaeological and artistic treasures, as well as for the charm of its unique traditions, the beauty of its panoramic views, and the majesty of its magnificent â€œvillasâ€

Rome is the third most visited city in the EU, after London and Paris, and receives an average of 7â€“10Â million tourists a year, which sometimes doubles on holy years.

Thu Sep 22 , 2016
Rome: The Chairperson of World Peace Development And Research Foundation Sandeep Marwah from India was one of the attendees at the historical event of Canonization of Mother Teresa, where the Pope has declared her as the Saint. â€œThousands of people were gathered there to see this great event. It was […] 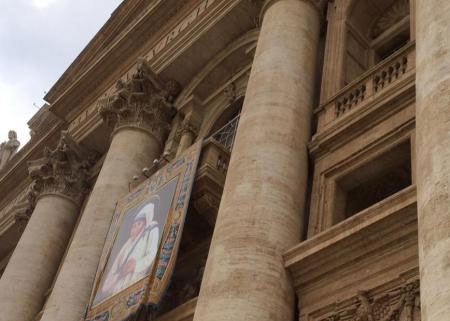