â€œWe must bring down the needs and requirements of all the small businesses on the table and must handover the charter to the Government to take some steps to save the existing businessesâ€ said Sandeep Marwah President of ICMEI talking to the members in a grand function.

â€œThe Indian Media And Entertainment Industry is 6th biggest industry in the country. By the end of next year we will be touching turnover of 180000 Crores.

6 million people are working in all the segments of media and entertainment.

Today without media you cannot progress or jump to higher turnover. It is the best way not only to develop wonderful perception for your company but is the way to create awareness about your productâ€ added Marwah who spoke for a long time.

Fri Aug 26 , 2016
New Delhi: â€œArt is not what you see, but what you make others see. The greatness of art is not to find what is common but what is unique. I donâ€™t want life to imitate art. I want life to be art. A work of art is above all an […] 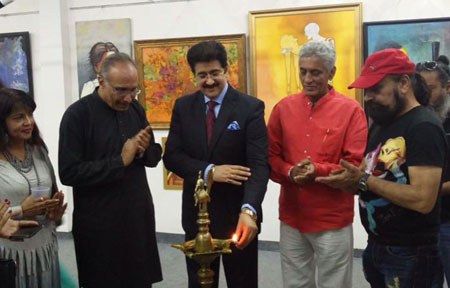