Noida: Renowned Animator and expert of animation Ramesh Meer had a master class at ASMS School of Graphics And Animation at Noida Film City.

Time has come when all of us must realize the need and application of graphics, animation and visual effects in every part of business be it a media, industries, private or government. The usage is unavoidable now,â€ said Sandeep Marwah President Marwah Studios introducing the great professional to the young students of Asian School of Media Studies.

â€œRight from your daily use of social media to the international project reports prepared by the government graphics, animations, visual effects now cannot be ignored. It enhances the value of project to the feature film,â€ said Ramesh Meer from Mumbai.

Fri Aug 26 , 2016
Amritsar: â€œI have decided this time to visit Jallianwala Bagh where many Indian lost there life to a wrong decision by a British General. I want to pay my tribute and my respect to all those who fought for the independenceâ€ said Sandeep Marwah President of Marwah Studios during his […] 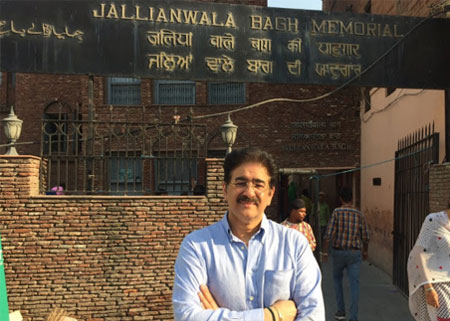