â€œPhotographs are the ever lasting memories. One picture is equal to thousand words. Every picture leaves a powerful impact on the reader and viewer. The job of the photo Journalist is not only difficult but complicated tooâ€ added Marwah also president of ICMEI.

â€œNews Paper Association of India will leave no stone unturned to high light the members of the press who all have done extraordinary in their field. This award function is one of the programs we have designed,â€ said Vipin Gaur General Secretary NAI.

â€œPhotography is an art. One picture can sensitize you; it can make you emotional and can provoke too. Every journalist has to keep in mind the effect of every picture printed or shown to public,â€ added senior photographer O.P. Sharma while receiving his lifetime achievement Award. 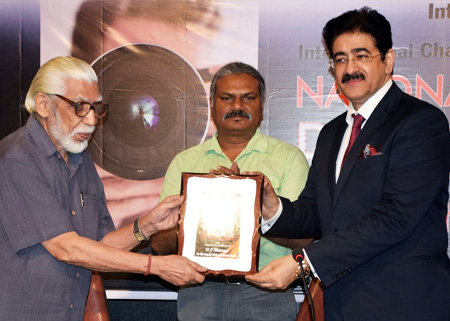