New Delhi: Indo African relationship saw a new light when ICMEI-International Chamber of Media And Entertainment Industry handed over the scholarship of full time short term course of most prestigious film school of India- Asian Academy of Film And Television to the Ambassador of Gabon H.E. Desire Kaumba by the President of the Chamber Sandeep Marwah.

Recently Indo Gabon Cultural Forum has been formed and inaugurated by the H.E. Andrew Crepin GWODOG Minister for Environment Protection and Natural Resources of the Forest and the Sea, Government of the Republic of Gabon at Noida Film City. The scholarship for the deserving student for a film school in India is a very positive step in this direction said Ambassador.

â€œI extend my greetings to Sandeep Marwah and pass on the Greetings and the message of congratulations sent by H.E. Ali Bongo Ondimba the President of Gabon and Paul Mba Abessole the Minister for Cultural & Arts, Government of Republic of Gabon to Sandeep Marwah for initiating the efforts to promote our relationship with India,â€ added Ambassador Desire Kaumba.

â€œI am honored to be part of this project and assure you more activities in this forum to promote our relations with Gabon,â€ said Sandeep Marwah President of ICMEI & AAFT. Ashok Tyagi Secretary General and Minister Councellor Embassy of Gabon were part of the meeting. 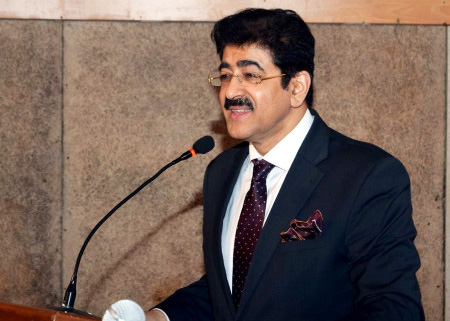