Noida: More than 100 Nigerians gathered together to celebrate the cinema of two countries at Noida Film City on the invitation of Indo Nigerian Film Association.

INFA is chaired by renowned International media personality Sandeep Marwah created by the Government of Nigeria twelve years back. The organization has contributed more than the expectations of the Nigerian Government.

INFA in association of Asian Academy of Film And Television has trained more than 100 Nigerians in different discipline of film making and Sandeep Marwah has been honored many times for his contribution in establishing Nigerian Film Industry.

â€œI am proud to be here on the invitation of Sandeep Marwah. His untiring contribution in building strong relations of Nigeria and India is worth praising. He deserves a pat on his back by the Nigerian Government. I admire his energy and salute him for his involvement and supportâ€ said H.E. Sola Enikanoliaye High Commissioner of Nigeria to India.

â€œThe recipient of large number of awards Sandeep Marwah needs no introduction in Nigeria. School of Cinema designed by Marwah at the state of Kano will be a landmark contribution to Nigeria from Indiaâ€ added Ambassador Mahesh Sachdev.

â€œSandeep Marwah, AAFT and INFA have already proved their credentials. The country of India must use these energies for bigger plans,â€ said Dr. Nitopal Goswami Joint Secretary, Government of India. 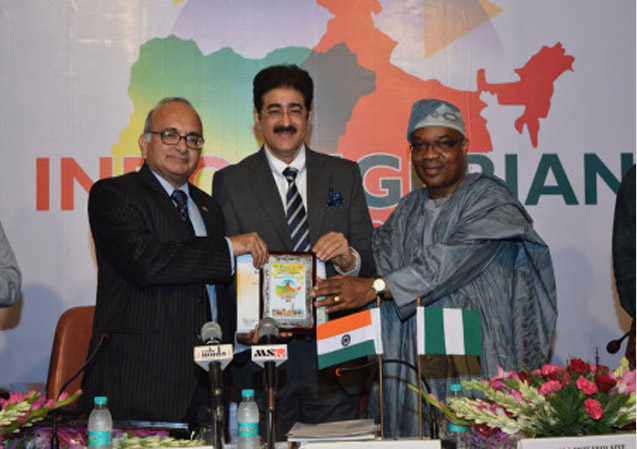