New Delhi: Indo Nepal Cultural Forum has created a permanent niche for itself by promoting relations between nationals of two countries India and Nepal. INCF is first organization of this kind, which was inaugurated by the Prime Minister of Nepal H.E. K.P. Sharma Oli himself.

The success of the first ever film festival of Nepali films in India designed by INCF inaugurated by H.E. Deep Kumar Upadhayay Ambassador of Nepal to India in the presence of most famous actors Sunil Thapa and Karishma Manandhar at Marwah Studios broke the ice between the two film industries of neighbors.

Thu Jul 7 , 2016
Noida: More than 100 Nigerians gathered together to celebrate the cinema of two countries at Noida Film City on the invitation of Indo Nigerian Film Association. INFA is chaired by renowned International media personality Sandeep Marwah created by the Government of Nigeria twelve years back. The organization has contributed more […] 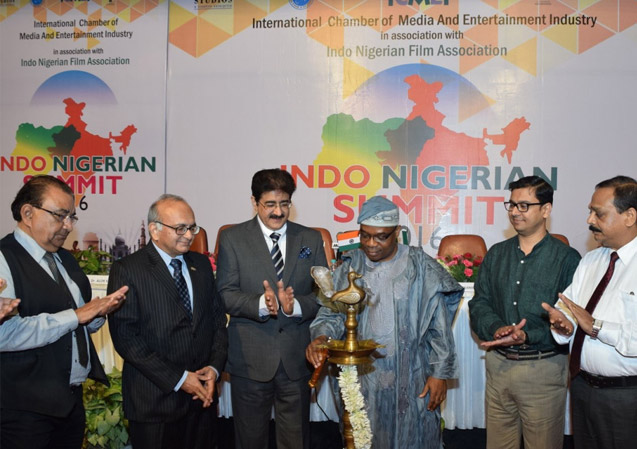