New Delhi: A well-known graduate instructor and Ph.D. Candidate from the department of Radio Television and Films of Moody College of Communication at The University of Texas At Austin Swapnil Rai was here in India to complete her project-Globalization of Indian Cinema.

Sandeep Marwah a renowned international personality, a film maker and President of Marwah Studios was part of her studies as she said,â€ I have never met a filmmaker with these kind of designation internationally. The contribution of Sandeep in bringing Indian cinema to international level is enormousâ€.

Sandeep Marwah is the most well travelled filmmaker. He has represented Indian cinema in Asia, Africa, Europe and American countries. He has been interacting with people of almost 162 countries of the World. He is one of those rare Indians who has been honored more than 60 times in 38 countries of the World for his untiring efforts in globalizing Indian Cinema. 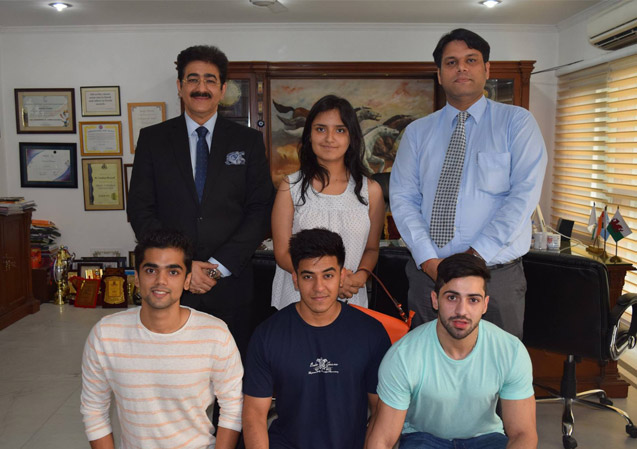