â€œHungary is well aware of the contribution of Sandeep Marwah in developing and promoting relations from so many years. Be it a shoot for Earth, Shoot for Live, Jameson CineFest â€“ Miskolc International Film Festival, Hungarian Film Festival in India and promoting Hungarian artists in India, we can still do more to make people realize that we are oneâ€ said Director of Hungarian Cultural Centre.

ICMEI based in Asian Academy of Film And Television will soon plan series of programs with Blassi Centre for the promotion of Hungarian Arts in India. As a mark of respect Sandeep Marwah honored Dr. Zoltan Wilhelm with the life membership of International Film And Television Club of AAFT.

Wed Jul 6 , 2016
Noida: â€œMusic is life. It is the biggest pleasure for those who love music. You are lucky when your hobby becomes your profession, you can touch any heightsâ€ said Sandeep Marwah President Marwah Studios while inaugurating the National competition of singing at Marwah Studios organized by Sangam Kala Group. More […] 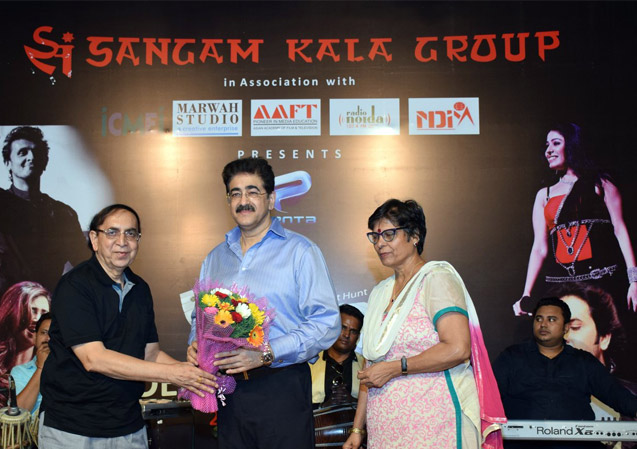