The exhibition emphasized on the frames of ceremonial commemoration from the photos on the Hungarian Revolution and Freedom Fight in 1956 of the French Journalist, Jean Pierre Pedrazzini.

H.E. JoÅ¾ef Drofenik Ambassador of Slovenia and H.E. Milan Hovorka Ambassador of Czech Republic were also present on the occasion along with Dr.Zoltan Wilhelm the Director Hungarian Cultural Centre.

An Interaction Program With Mike Berry at AAFT

Fri May 13 , 2016
Noida: â€œAny creative art be it a painting, sculpture, music, dance or the most fascinating film making, nothing is complete without audience. They are not only the customers but also the judge of your artâ€ said Sandeep Marwah President of Marwah Studios introducing Mike Berry from International Cinema who was […] 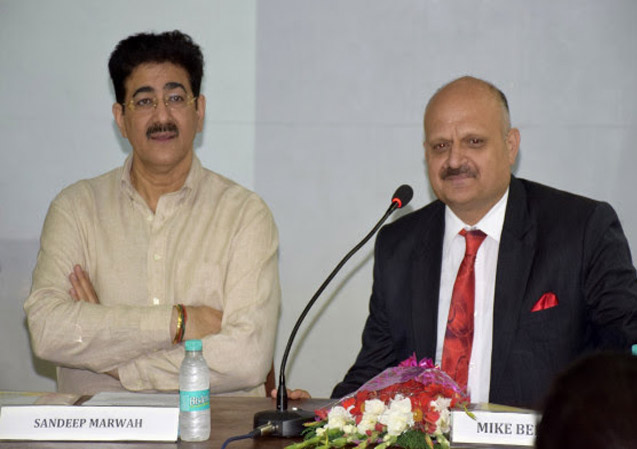