Sandeep Marwah also been associated with Clean India project, a 12 year old organization with 1.2 million members from all over India which was a source of inspiration for the Prime Minister of India to declare Clean India as National project on 2nd October, 2014.

Sandeep Marwah also the part of the Global Yog Alliance and has been celebrating Yoga Day on 21st June from last 23 years at his campus after providing yoga to 12000 people in 100 countries of the World. The idea has been picked for United Nations and been declared World Wide.

This time 2nd April has been announced as Asian Unity Day to bind all the 50 countries of Asia. Sandeep Marwah and Dr. Beni Prasad Agarwal both have been working on this project from last 23 years, to an extent that all organizations of Sandeep Marwah start with the word- Asian

Mon Apr 11 , 2016
New Delhi: 19 students from the department of Mass communication, Mewar University, Chittorgarh were selected to have their internship in films and television at Marwah Studios at Noida Film City. Three weeks special interaction program was designed for the students with print-News Paper Country & Politics, Radio Noida 107.4 FM, […] 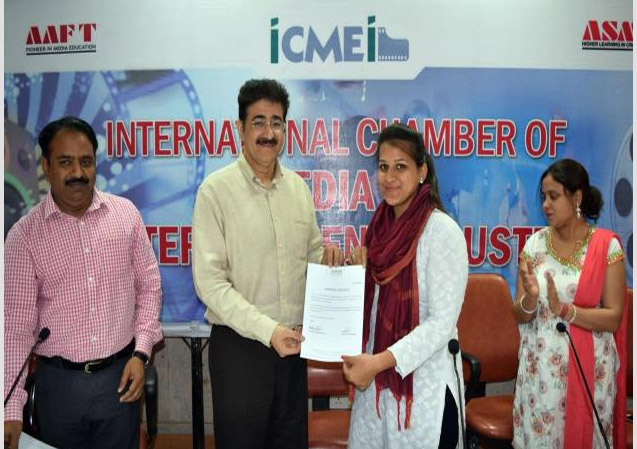