Singapore: Fifteen Million people visit Singapore every year from all over the World. Largest business comes from neighboring countries like Malaysia, India, Indonesia, China and Australia. It has become one of the largest source of revenue for the country,â€ said Sandeep Marwah Managing Director of NFTC.

Sandeep Marwah is representing National Federation of Tourism And Transport Cooperatives of India Limited and is on the study your to Singapore to understand deeply the formation of tourism industry of Singapore, where tourist are three times of the population of the country.

Tourism in Singapore is a major industry and contributor to the Singaporean economy, attracting 15,231,469 international tourists in 2015, over thrice of Singaporeâ€™s total population. It is also environmentally friendly, and maintains natural and heritage conservation programs. Along with this, it also has one of the worldâ€™s lowest crime rates. As English is the dominant one of its four official languages.

AAFT School of Hospitality and Tourism will tie up soon with the tourism industry of Singapore to plan the interaction program of students of AAFT with bigwigs of this industry.

India And Croatia Will Promote Arts And Culture Together

Mon Mar 21 , 2016
Noida: The Ambassador of Republic of Croatia to India H.E. Amir Muharemi visit the international headquarters of the most prestigious Chamber of Commerce exclusively dedicated to the promotion of films, television, media, tourism arts and culture at Noida Film City. President of the Chamber renowned media personality Sandeep Marwah welcomed […] 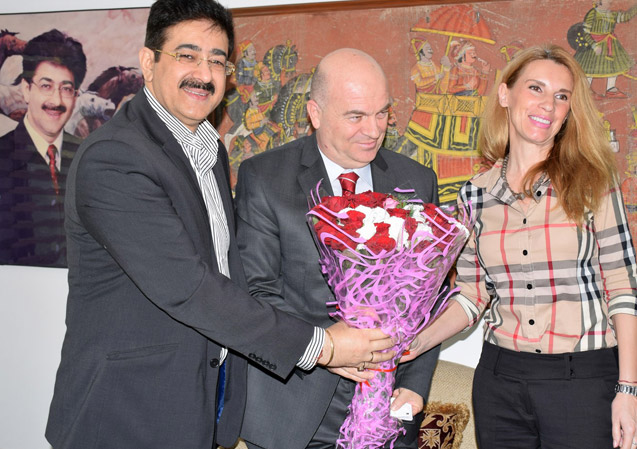