Noida:10th March, 2016. Sandeep Marwah-Founders of Noida Film City and a family of 15000 media professionals all over the World celebrated 25 years of Marwah Studio at Noida Film City with great pomp and show. Marwah has already been titled as Global Cultural Minister, World Peace Ambassador, World Media Guru and has been recipient of more than 300 awards including 54 international awards and accolades from 30 countries of the World.

â€œI am delighted to say that Marwah Studio has created a wonderful niche for itself all over the World in last twenty five years of its existence. There is no segment of media where we have not touched and left an impact for the media World to think again about our associationâ€ thanked Sandeep Marwah President of Marwah Studio while talking to the large gathering at the campus.

Marwah Studio has created an Institution-Asian Education Group consisting of Asian Academy of Film And Television-one of the finest film schools of the World, Asian School of Media Studies-A first-degree college in Cinema, Asian Business School a management learning center and many other associate schools.

Sandeep Marwah the founder of film city Noida and Pioneer in Media education in India has also shaped more than 50 film, TV, Media and other organizations touching 110 countries of the World.

Marwah Studio has its own news paper, a Radio Station, A television Station, a News Agency, A film Club, A Research Centre, a film and TV production house, an event management company, a theater group, Asian Academy of Arts, Sports division Etc.

Marwah Studio has been associated with large number of social NGO and associations and always been pioneer in its Corporate Social Responsibility too.

Marwah Studio has been declared as the tourist center. It has attracted more than one lac tourist in all these years from all over the World. International Chamber of Media And Entertainment Industry also housed at Marwah Studio.

Sat Mar 12 , 2016
Delhi: The Indian society has to provide full respect and allocation of rights to the fifty percent population of the country that is Women of India. Without giving enough opportunity to women country can never prosper to its best,â€ said Sandeep Marwah while accepting the special award during the celebration […] 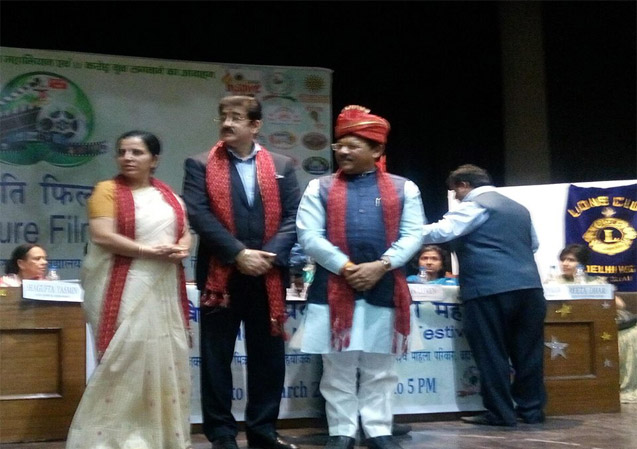