Noida: International Chamber of Media And Entertainment Industry invited the Ambassador of Guinea His Excellency Alexandre Cece Loua to the international head quarters of ICMEI at Noida to show the working of all the departments of the Chamber.

â€œWe are the only dedicated Chamber for media and entertainment Industry. The Chamber is busy in fulfilling the vision of our Prime Minister of developing and promoting cordial and strong relations with all the countries of the World through art and cultureâ€ said Sandeep Marwah President of ICMEI.

â€œWe will take up the matter from here to joint programs like film festival and formation of Indo Guinea Cultural Forum soonâ€ said H.E. Alexandra Cece Loua the Ambassador of Guinea to India.

H.E. Alexandra was interviewed by in house Radio Noida 107.4FM and IPTV Marwahstudios.tv.

Tue Mar 1 , 2016
Noida: The visit of renowned film producer Boney Kapoor brought new energy to the AAFT campus. The staff, administration and faculty had the wonderful opportunity to interact with the film maker. â€œThe great filmmakers like Boney Kapoor bring huge experience of film making to the education setups. Their words are […] 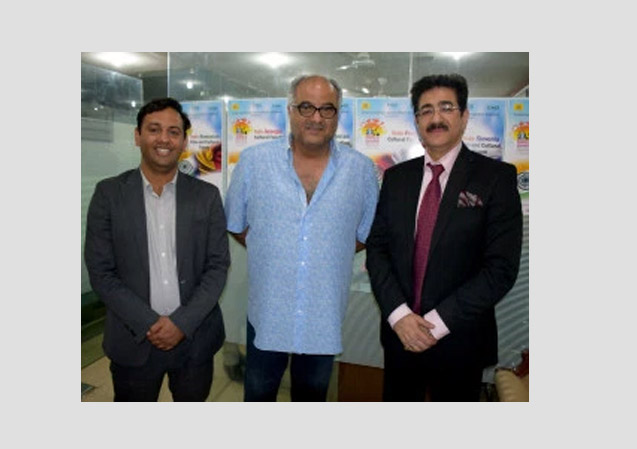