New Delhi: News Paper Association of India is one of the most popular journalistic organizations in India. The organization NAI has been working for the welfare of the journalist specially belongs to small and medium newspapers.

To appreciate the hard work and deep involvement of journalists in their work, NAI has been awarding them every year with the national level awards and inviting journalists from all over India.

â€œI am pleased to handover NAI awards to journalists from all over India. The job of journalists has become much more competitive and risky. NAI has always been fighting with state and central Governments for their welfare.â€ said Sandeep Marwah President of Marwah Studio and five times World record holder in media.

â€œI congratulate all those who have received the award and believe that they will carry on with their work with much more sincerity and dedicationâ€ added Sandeep Marwah thanking Vipin Gaur General Secretary of NAI.

Fri Jan 15 , 2016
Noida: â€œIt is a great pleasure to honor someone like Adil Rana, so dedicated and from the field of film educationâ€ said H.E. Radu Octavian Dobre Charge dâ€™ Affaires of Embassy of Romania in India at he award function on the second day of 8th Global Film Festival Noida. The […] 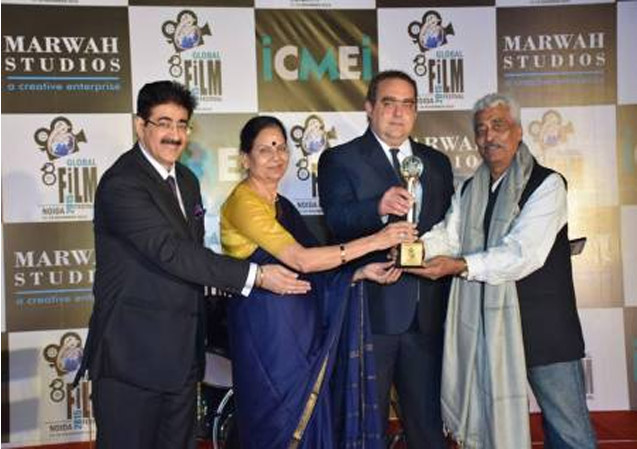