Noida: â€œIt is a great pleasure to be here and recollecting the great works done by the super leader like Sardar Patel to unite the whole country together in one Republic of India even after independenceâ€ said Pankaj Parashar renowned film maker from Mumbai releasing the poster of Sardar Patel Forum at 8th Global Film Festival Noida.

â€œI have studied at Sardar Patel School for 11 years, my ideology has been influenced by the thinking of Sardar Vallabhai Patel. That is one of the reason to quote-Love Peace And Unity through Art and Culture as the aim of lobal Film Festivalâ€ said Sandeep Marwah President of Marwah Studio.

Savita Sharma social worker, foreign delegates from Indonesia and Poland were also part of the event. â€œ I am surprised by the number of events and organizations which are part of 8th Global Film Festival. Never seen a festival with that high profiled meaning attached to it,â€ said Manish Gupta a well-known writer & film director.

Workshop on Film Direction by Manish Gupta at 8th GFFN

Thu Jan 14 , 2016
Noida: 8th Global Film Festival Noida 2015 organized a powerful workshop. on film writing and direction by Manish Gupta a well-known writer and director from Mumbai. â€œWriting is the key to success. The powerful script is the soul of the film. Audience accepts something out of the box for the […] 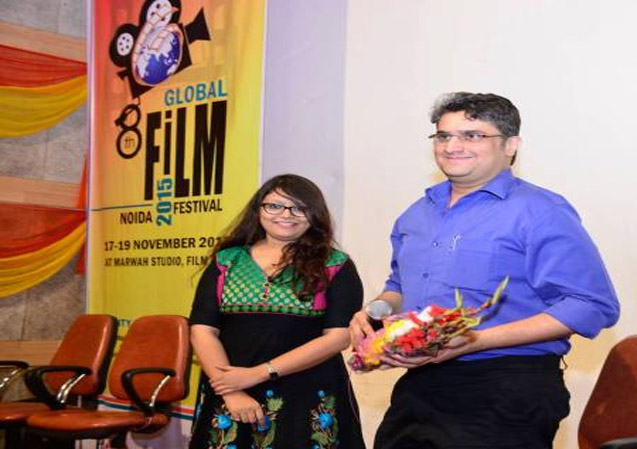