Bangalore: The father of Cellphone Cinema, five World record holder in Media, Founder of Noida Film City, Teacher to 12000 media professionals a veteran journalist, film maker, educator Sandeep Marwah is chairing more than 30 National and International organizations in media including the President of International Chamber of Media And Entertainment Industry, an introduction and a citation was read and Marwah was honored by Harsha Setty G.R. the festival Director of 3rd Rolling Frames Film Festival at Bangalore.

Addressing a huge audience at a Manpho Convention Centre, Bengaluru Sandeep Marwah in his Master Class won the hearts of short filmmakers present there from all over India.

â€œMarwah Studio is ready to offer all its resources free of cost to all those who are keen in making short films with social subjects. We will go out of way to promote those films on our Radio Station-radionoida.fm, Television Station marwahstudios.tv and Newspaper-Country & Politics. The films will be screened in many festivals and will be part of competitions tooâ€ said Sandeep Marwah Producer of largest number of short films in the World.

Later Sandeep Marwah answered many questions raised from the audience and promised to showcase all short films on his television centre.

Thu Jan 14 , 2016
Noida: â€œWhen there is peace it leads to better thinking, better resources and more concentration which ultimately brings in prosperity,â€ said Sandeep Marwah President of World Peace Development And Research Foundation on the occasion of seminar on Peace And Prosperity at Noida Film City. â€œWe are here to follow the […] 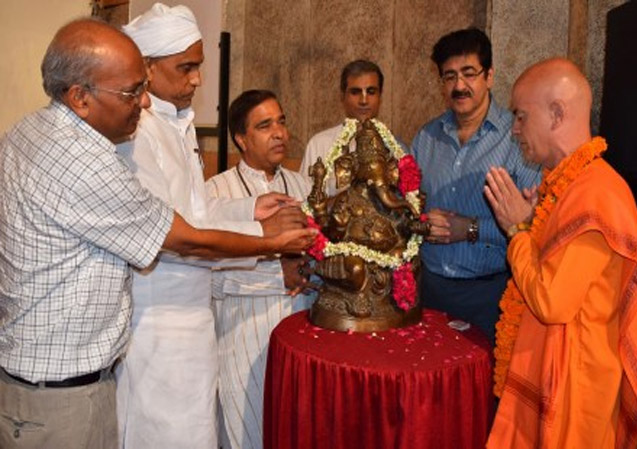