Noida: â€œRelations between India and Cyprus have been traditionally very close and friendly. Archbishop Makarios had the highest respect for Mahatma Gandhi and Pandit Jawaharlal Nehru and was deeply appreciative of the support rendered by India to the struggle of Cyprus against British colonial ruleâ€ reminded H.E. Demetrious A. Theophylactou on the inauguration of Indo Cyprus Film And Cultural Forum on the occasion of 8th Global Film Festival Noida 2015 at Noida Film City.

â€œCyprus too has supported India on many issues and remains one of Indiaâ€™s dependable friends. The warmth of these relations has been kept alive by high level visits from both sidesâ€ said Sandeep Marwah who has been nominated as the Chairperson of ICFCF.

Thu Jan 14 , 2016
Noida: The five times world record holder in media and entertainment Sandeep Marwah has been nominated as the Chairperson of newly constituted Indo Cyprus Film And Cultural Forum on the first day of 8th Global Film Festival Noida 2015. Sandeep Marwah who has recently been also bestowed upon a tittle […] 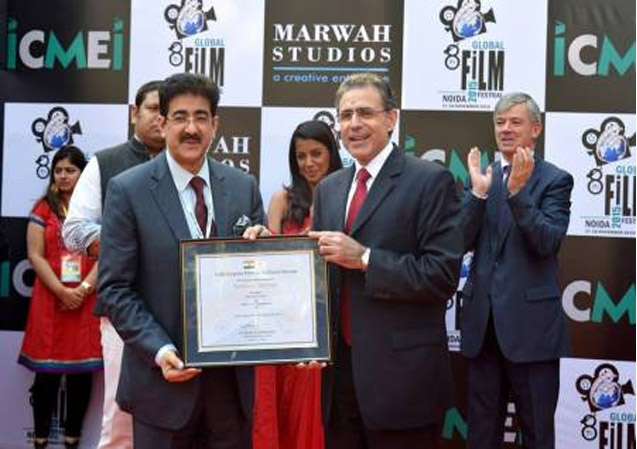