We are working on different subjects related to different industries to induce trade between the two countries. The target is 500 billion US Dollarsâ€ said Dr. Lait Bhasin President North India Council of IACC.

â€œWe have already started our relations and are in touch with the entertainment industry of USA to promote and develop the trade to the maximum level in given circumstancesâ€ added Sandeep Marwah Chairperson of Media And Entertainment Committee and member of the National Executive Council, IACC.

The delegation was lead by David Bennett McKinley, who is an American politician who has been the U.S. Representative for West Virginiaâ€™s 1st congressional district since 2011. He is a member of the Republican Party.

Thu Jan 14 , 2016
New Delhi: â€œThe customs, traditions and history of India teaches us a lot of humanity as there is no religion bigger and better than Humanity.â€ said Sandeep Marwah President of Marwah Studio at the inauguration of Durga Puja at East Delhi. â€œDurga Puja has been framed by our ancestors to […] 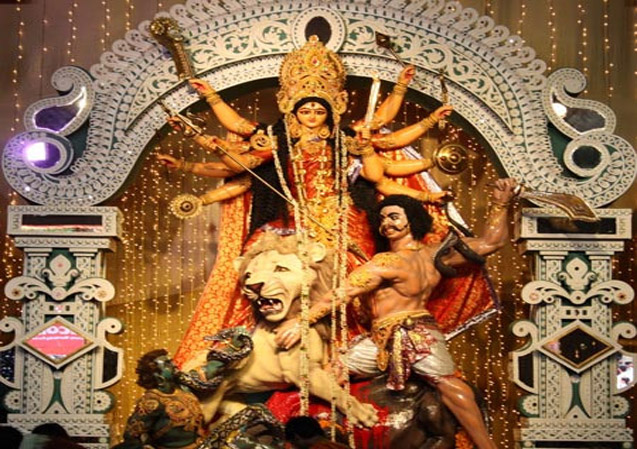