New Delhi: â€œGlobal Media Meet is designed to bring out all those points which probably an ordinary reader or viewer cannot predict as a customer of media. He is influenced by the tricky news and get emotional on wrong information,â€ said Sandeep Marwah President of Marwah Studio in the first session organized by International Chamber of Media and Entertainment Industry at Marwah Studio, Film City Noida.

â€œPeace do exist in the World. The more you are close to the nature the more you realize the peace, which is state of mind. Whenever there is difference of opinion it destroys peace and take the shape of irritation and restlessness,â€ said H.E. Dr. Sabit Subasic Ambassador of Bosnia And Herzegovina to India while inaugurating the Global Media Summit.

A short film on Padmashri Dr. Shyam Singh Shashi directed by Raghav Marwah was released by Dr. Sabit Subasic the Ambassador of Bosnia And Herzegovina Present on the occasion Dr. Shyam Singh Shashi a writer of more than 400 books extended his lifetime services towards maintaining peace in the nation. A poster of 8th Global Film Festival Noida was also launched by the dignities. 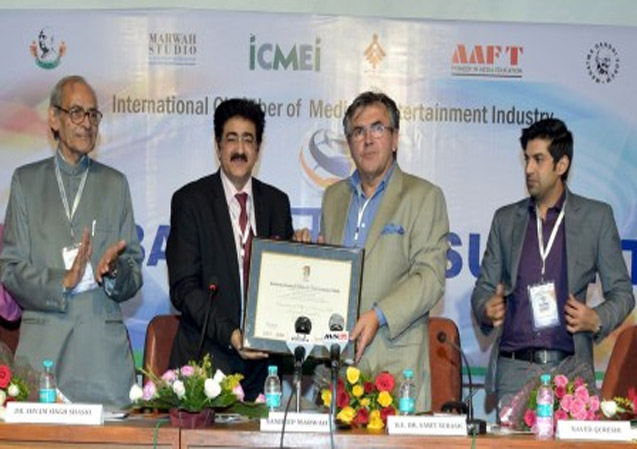