AAFT is the only festival in the World to touch 88th Edition. Only festival which happens four times a year, 2300 young directors have been given opportunity to showcase their debut film. The directors, cast and crew are from 108 countries of the World.

â€œWe started the festival 23 years back with a small group of people, today festival is known to the whole world. Many times we have been appreciated at the international stage. We hope to reach soon to make centurionâ€ thanked Dean, Asian Academy of Film And Television.

Delegates of 8th Global Film Festival Noida attended the festival from different states and countries of the World.

Thu Jan 14 , 2016
Noida: â€œSlovenian film industry may not be very big industry but we have still produced some of the finest films. One of them today is the part of this festival,â€ said Boris Jelovsek Minister Plenipotentiary, Embassy of the Republic of Slovenia in India speaking to the large audience at 8th […] 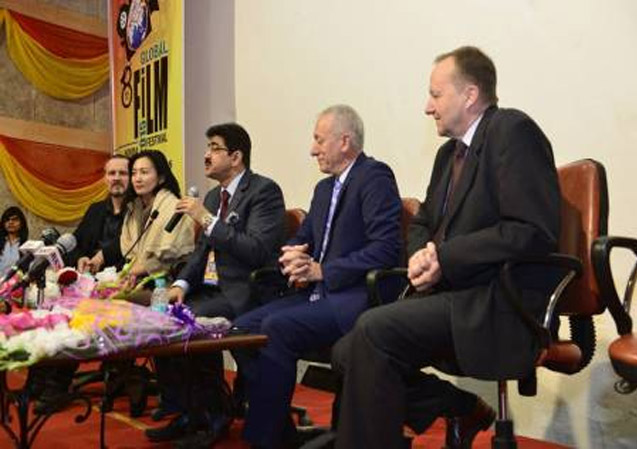