Kahna: One of the most known National parks in India famous for Tigers-Kahna is the right place to have your holiday too. It is really a celebration in Jungleâ€ said Sandeep Marwah Managing Director of NFTC-National Federation of Tourism And Transport Cooperatives of India Limited during his trip to Kahna, Madya Pradesh.

The lush sal and bamboo forests, grassy meadows and ravines of Kanha provided inspiration to Rudyard Kipling for his famous novel â€œJungle Bookâ€. The Kanha National Park in Madhya Pradesh came into being in 1955 and forms the core of the Kanha Tiger Reserve, created in 1974 under Project Tiger.

The Parkâ€™s landmark achievement is the preservation of the rare hardground Swamp Deer (Barasingha), saving it from near extinction. Stringent conservation programs for the overall protection of the Parkâ€™s fauna and flora, makes Kanha one of the most well maintained National Parks in Asia.

Mahatma Gandhi Forum Raised The Level of Its Activities

Wed Jan 13 , 2016
Noida: â€œWe have added many more books and films into our library to feed more students who are keen in knowing the ideology of Father of the Nation Mahatma Gandhi under Mahatma Gandhi Forumâ€ said Sandeep Marwah Chairperson of the forum. â€œWe have also sanctioned funds for the making of […] 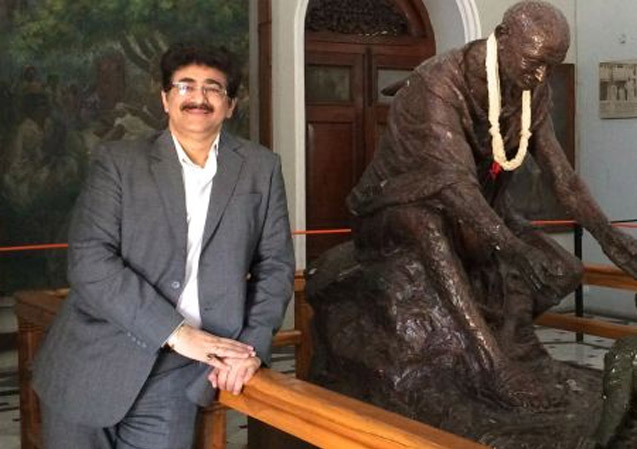