New Delhi: â€œAsian Academy of Film And Television is the only institution in the country to attract students from 108 countries of the World. The reach of AAFT and activities of Marwah Studio has gone to the whole Worldâ€ said Sandeep Marwah to Gen. Dr. V.K.Singh (Retd.) the state Minister of External Affairs, Government of India in a small meeting at the National Day of Maldives.

International Chamber of Media And Entertainment Industry is the latest venture where 162 international committees have been formed to develop relation with the World through art and culture Marwah explained to the Minister.

Wed Jan 13 , 2016
Noida: â€œ We all are very lucky to be part of one of the finest education setup of the World, a center which has created a wonderful niche for itself. The teachers are the most important part of our education system and our teachers are the bestâ€ said students thanking […] 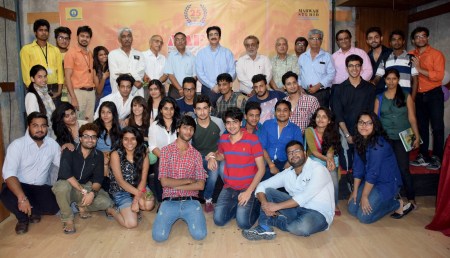