Sat Jan 9 , 2016
Noida: The celebrations took place at the international head quarters of International Chamber of Media And Entertainment Industry at Noida when French director was signed for short film under Indo- French Cultural Forum of ICMEI. â€œI was looking for a platform to join hands for making of short film in […] 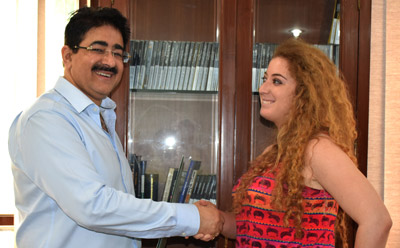