Noida: â€œOn this International Day of the Worldâ€™s Indigenous Peoples, I call on the international community to ensure that they are not left behind. To create a better, more equitable future, let us commit to do more to improve the health and well-being of indigenous peoples. â€ message of Secretary General of United Nations Ban Ki Moon read by Prof. Harshvardhan Vice President International Film And Television Research Centre.

An event was organized early morning with the media students of Asian Education Group at Marwah Studio at Noida Film City. The members of faculty and administration of Marwah Studio also attended the event.

Sat Jan 9 , 2016
New Delhi: Delhi is emerging as one of the most happening cities of the World. Not only politics, films, theatre, art exhibitions, fashion shows but clubs and lounges are also adding a lot to new kind of events to the city. Recently a new lounge â€“The U Turn has been […] 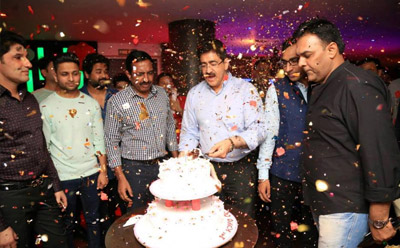